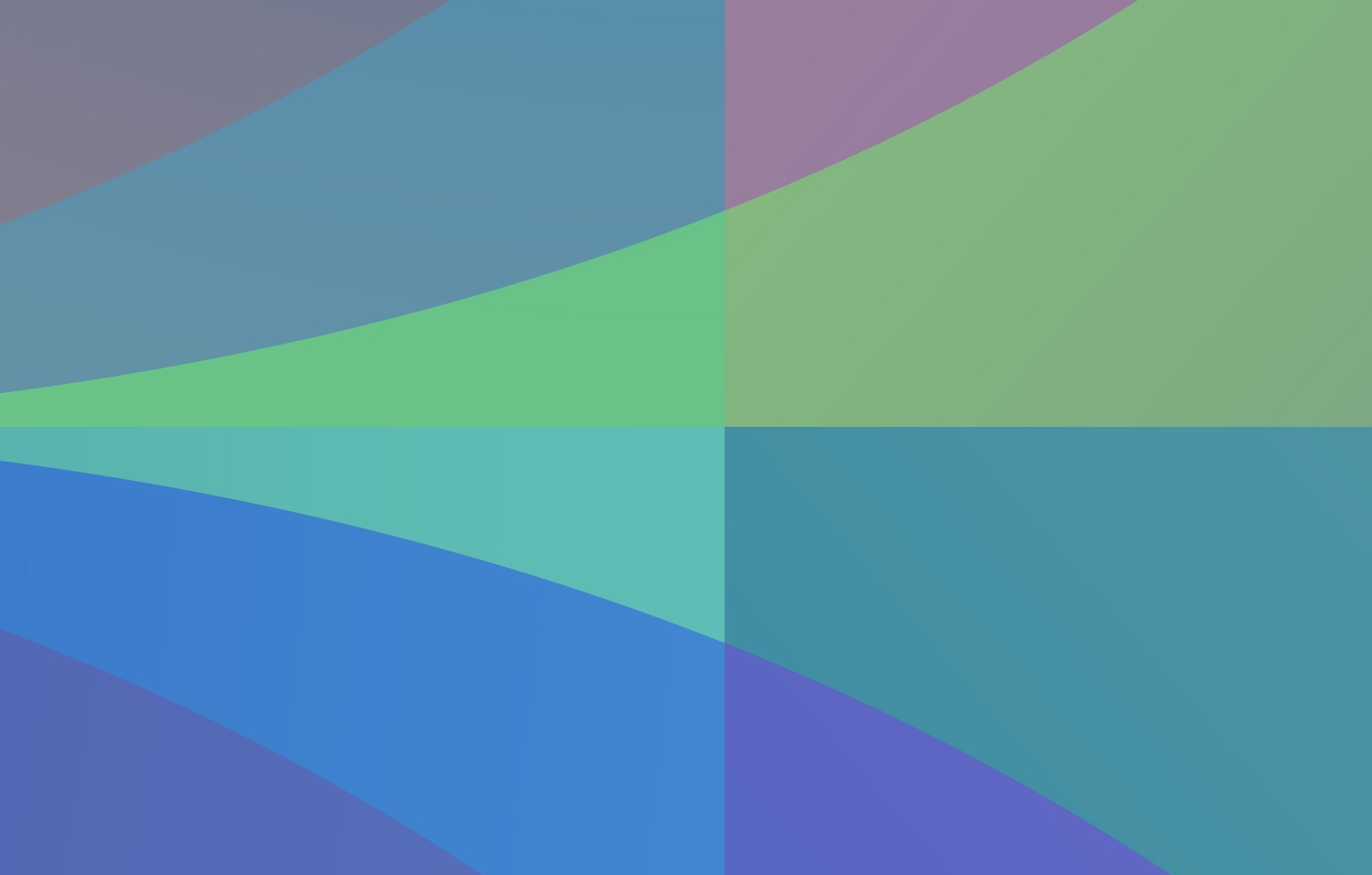 Day Two of the 4th annual New England Cannabis Convention (NECAAN) continued the discussions, seminars, and talks between physicians, advocates, and business leaders. As the Convention came to a close, participants walked away having been able to come together and address this important topic…

With the excitement of Day One in the past, the second day of NECAAN was a bit calmer and more conducive to smaller, more intimate discussions between industry leaders, vendors, entrepreneurs, and other attendees. The 250+ vendors were still out in full force and the speaker panels continued all day long, but the general atmosphere was calmer than on the first day.

The medical cannabis education track kicked off with a strong keynote speech from Sarah Stenuf, a former US Army veteran who used cannabis to get off a long list of other medications, and who has now become the founder of Veterans Ananda; a veteran retreat she is heading up. The talks continued with a strong panel of activists in a seminar titled “Don’t Stop Now! The Continued Need For Advocacy in Out Communities and Beyond.” Among the other lectures, Dr. Uma Dhanabalan notably gave a segment titled,“Let’s Talk: Speaking with Your Healthcare Providers About Cannabis,” which was dedicated to helping patients overcome their trepidation about approaching care providers with questions about cannabis.

On the other side of the convention center, the business track covered a wide range of topics, from “Ongoing Issues with Federal Regulations + Law Enforcement” to “Cannabis in the Media Today.” Co-Founder and President of the Cannabis Society of Massachusetts, Michael Latulippe, gave a talk titled “The Future of Cannabis is Social,” where he discussed social consumption licenses. Scott Churchill of MCR Labs also presented a seminar titled “Regulations: From Regulators to Consumers” which looked at how regulations affect everyone from cultivators, processors, dispensaries, laboratories, and patients.

Dr. Caplan and the CED Foundation would like to thank Marc Shepard and Jeff Lawrence for organizing NECANN. A massive round of applause must also go out to all the speakers, vendors, staff, volunteers, and of course, the participants. It’s encouraging and uplifting to see members of society come together for an event dedicated to cannabis education, advocacy, and innovation. 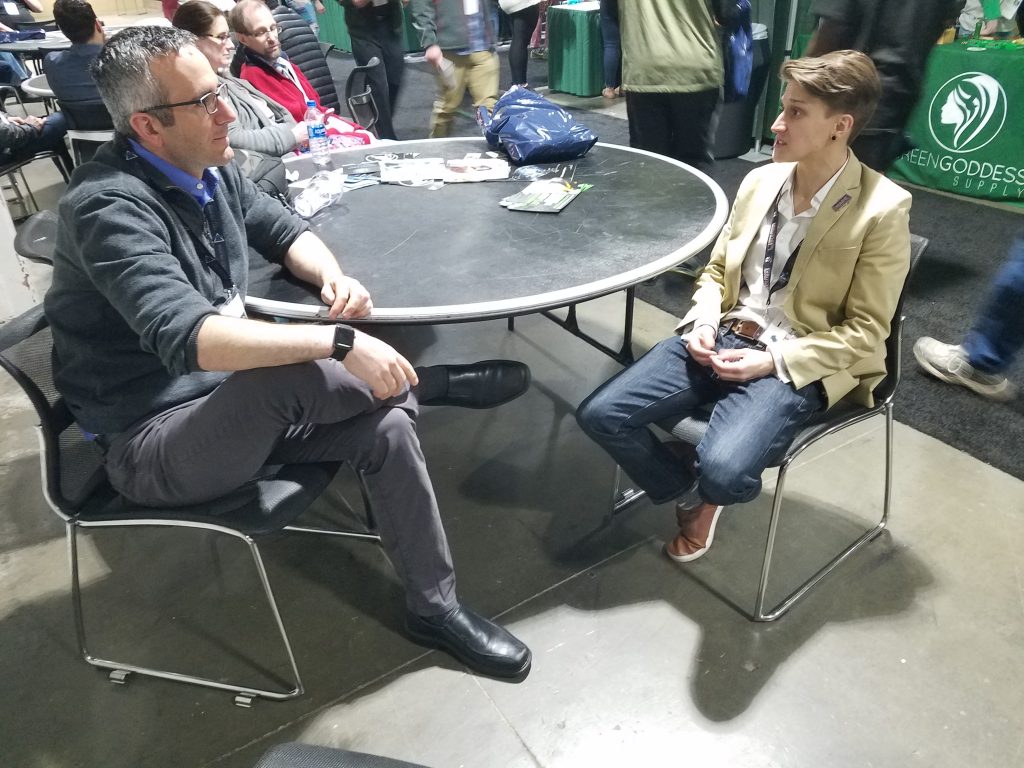 Army veteran, founder of Veteran's Ananda, and Day Two Keynote Speaker, Sarah Stenuf sat down with Dr. Caplan for a one-on-one about the need for more knowledge sharing between subject matter experts and the rest of the cannabis community. 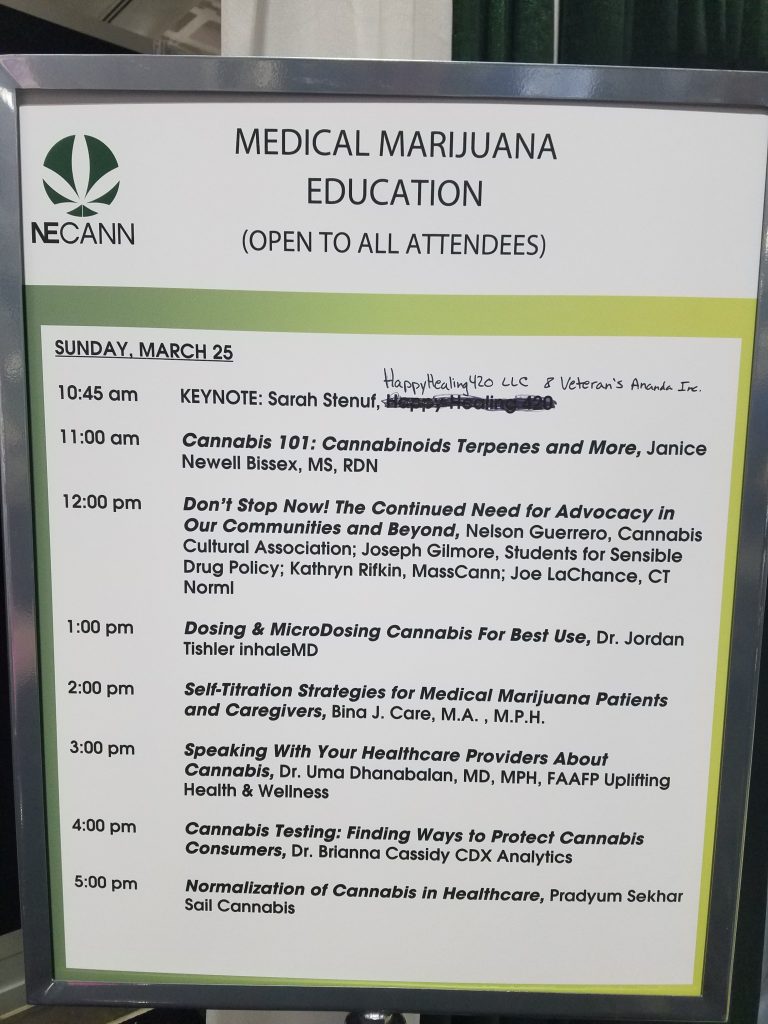 The full list of medical seminars at NECAAN Day Two. 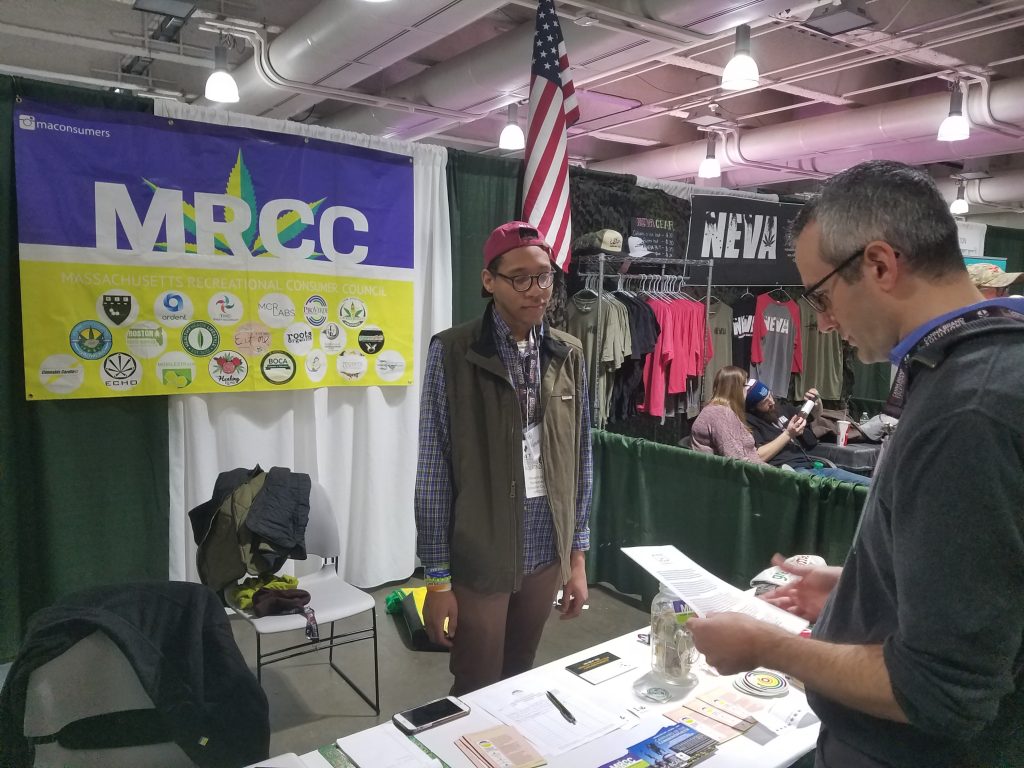 Dr. Caplan stopped by to chat with the volunteers at the Massachusetts Recreational Consumer Council to discuss cannabis education. 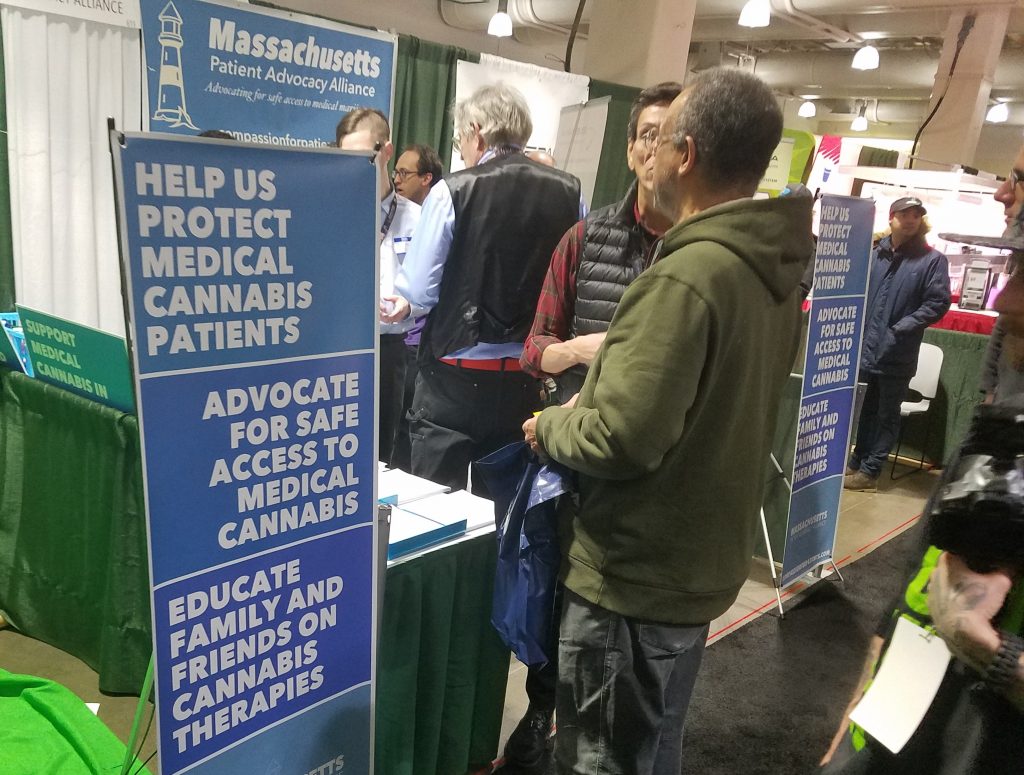 Volunteers at the Massachusetts Patient Advocacy Alliance booth were on hand providing resources for locals.
Previous Story
← Questions arise about supposed links between cannabis and schizophrenia
Next Story
Harvard Business Review: Marijuana Legalization Has Been Good For American Innovation →