Scientific American, the oldest continuously published monthly magazine in the United States and a leader in educating the public on issues of science, has published a fantastic article regarding how companies want to use cannabis to help fight the nation's opioid crisis...

This article examines the nationwide Public Health Emergency due to opioid overdoses which, according to the Centers for Disease Control and Prevention, contributed to over 33,000 deaths in 2015. It specifically looks at how, while the FDA currently has no approved painkillers derived from cannabis, various companies have cannabis-related drugs in development in order to battle the crisis.

The authors say that companies such as Axim Biotechnologies, Nemus Bioscience, and Intec Pharma have such drugs in various stages of development. These firms are targeting the more than 100 million Americans who suffer from chronic pain and are dependent on opioids. The piece notes that part of the impetus behind this push is the studies that have shown how pro-medical marijuana states have reported fewer opiate deaths and how there are no recorded deaths related to marijuana overdose.

While it is promising to see how many states across the nation have already passed bills approving medicinal cannabis, this progress from pharmaceutical companies should also be encouraging to physicians and patients who wish to see this safe and effective treatment option become more common. 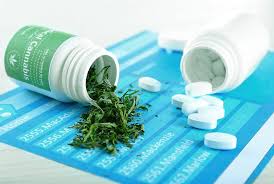